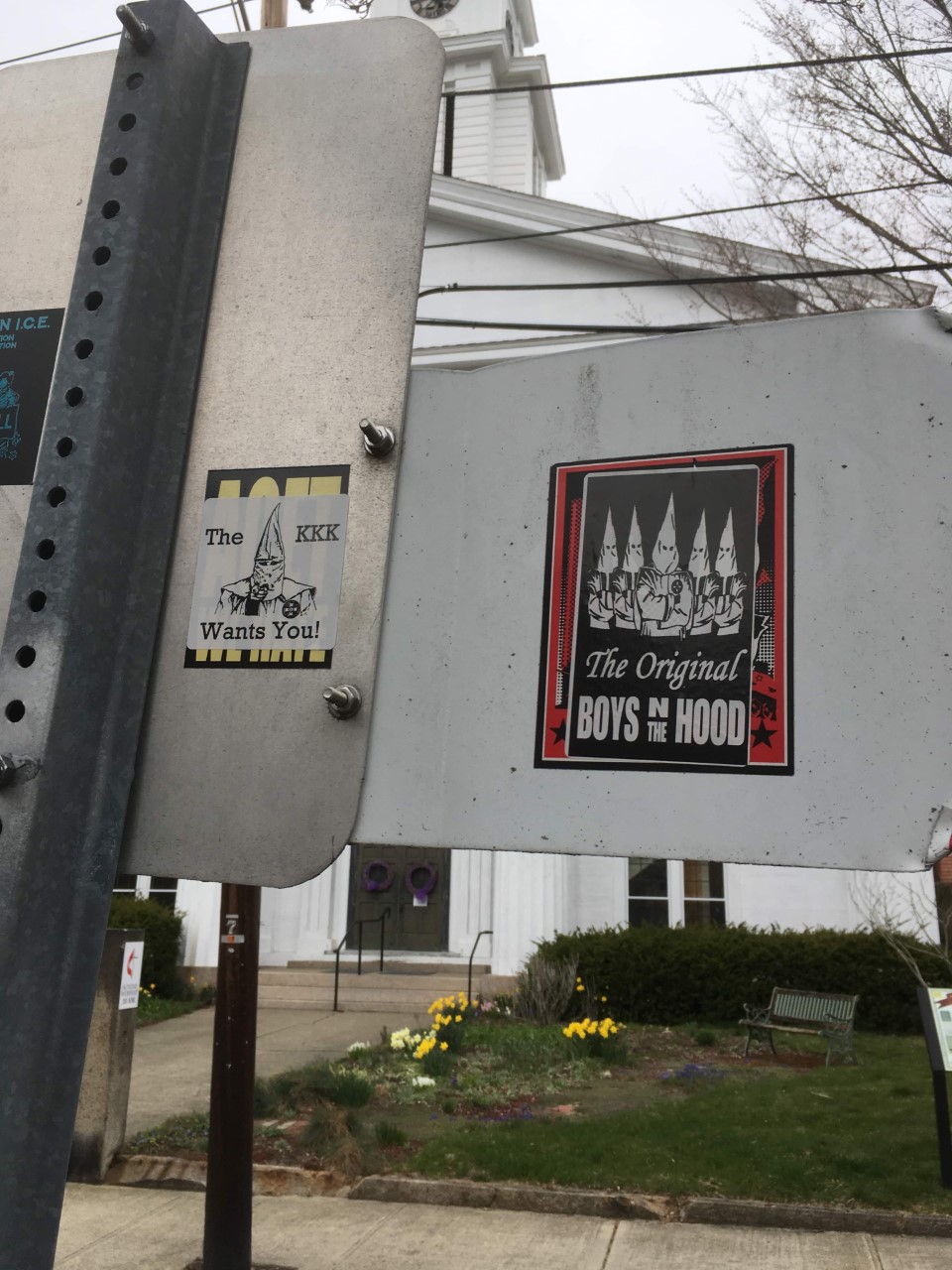 Background Information
WARREN, R.I. (WLNE) – Residents of Warren made a worrisome discovery this week when noticing racist and hateful stickers were put on signs along Water Street.
The stickers display messages of white pride and Nazism, with sayings like ‘The KKK Wants You’ and ‘White Pride World Wide’, and were stuck to signs up and down the popular downtown street. “It was actually really upsetting. I pretty much cried all night last night because I grew up in this town, so to see something like this is really upsetting,” said Warren resident Taylor Faria.“I would say probably about 30 that I’ve seen. They’re going all the way down Water Street into the common area. Locals have been removing them and they keep continuing to be put up,” she said.

She tried to scratch them off, she said, but it was too difficult. That’s when she and her friend, Julie Souza, decided to do something about it. Souza, a Barrington resident, posted in a town Facebook group asking for help, with the idea to make a new sticker to cover them up. “A lot of people reached out and wanted to help in a bunch of different ways,” Souza said. “Somebody from Barrington sent me that artwork, they have those signs up, so that we printed them for the stickers.” The stickers they made say ‘Hate has no home here.” On Tuesday, the friends walked down Water Street, putting their stickers over the hateful ones.
Technique Used
Respond to Audience Needs
This is propaganda because
Stickers that promote white supremacy are designed to make people of color feel unwelcome and fearful. Harmful. This kind of propaganda can ruin the morale and reputation of a local community.