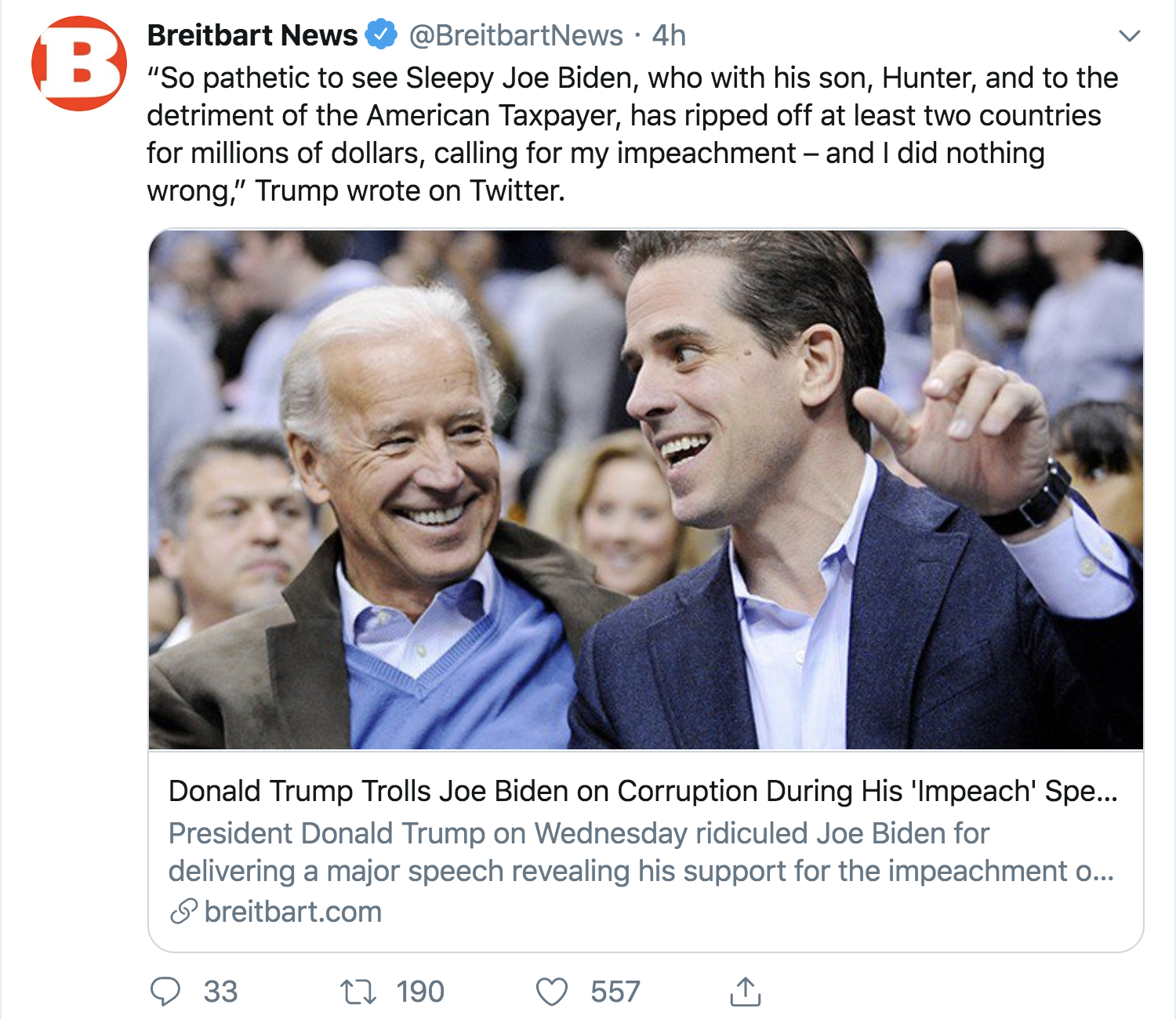 Background Information
Breitbart News amplifies the lies of President Donald Trump. In this story, Trump ridiculed Joe Biden for delivering a major speech revealing his support for the impeachment of the president. “So pathetic to see Sleepy Joe Biden, who with his son, Hunter, and to the detriment of the American Taxpayer, has ripped off at least two countries for millions of dollars, calling for my impeachment – and I did nothing wrong,” Trump wrote on Twitter. “To preserve our Constitution, our democracy, our basic integrity, he should be impeached,” Biden said, accusing Trump of “shooting holes in the Constitution.”
Biden’s speech immediately drew mockery from the president as politically calculated. “Joe’s Failing Campaign gave him no other choice!” Trump wrote.
Technique Used
Activate Emotion
This is propaganda because
Making Trump's tweets get even more attention is a form of propaganda in support of the President.