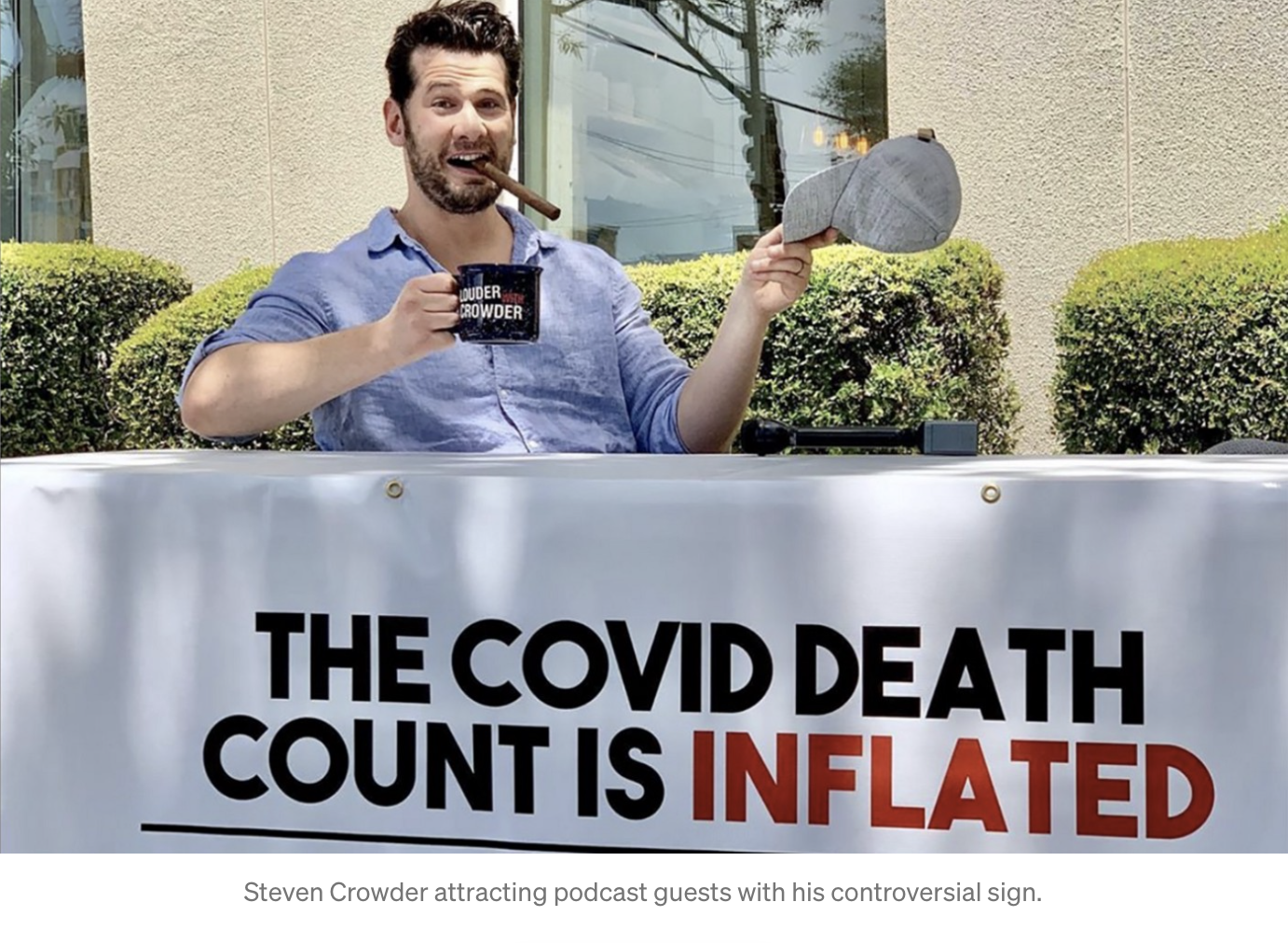 Background Information
Steven Crowder is known on social media for his podcast “Louder With Crowder” where he discusses trending media topics. His podcast typically includes controversial topics that he presents strong opinions about. He believes heavily in his own opinions and tries to disprove people of differing opinions.
One popular segment Crowder includes in his podcast is the “Change My Mind” series. He goes out into public spots such as college campuses, parks, the streets of a popular city, basically anywhere that he will bring in a lot of attention and different people with a variety of opinions. He then sets up a table and two chairs, and hangs a big poster off the front of the table. He sits in one chair and waits for the poster to attract a contestant to come have a conversation with him. Some of the phrases shown on the poster he hangs are, “The Covid Death Count is Inflated, Change My Mind”, “‘Rape Culture’ is a Myth, Change My Mind”, “There are Only 2 Genders, Change My Mind”. There are many instances of these posters, these are just a few of the major controversial ones
Technique Used
Respond to Audience Needs
This is propaganda because
Crowder is persuading in a creative way with this activity, but his highly mediated promotion of the effort (through social media) turns persuasion into propaganda.