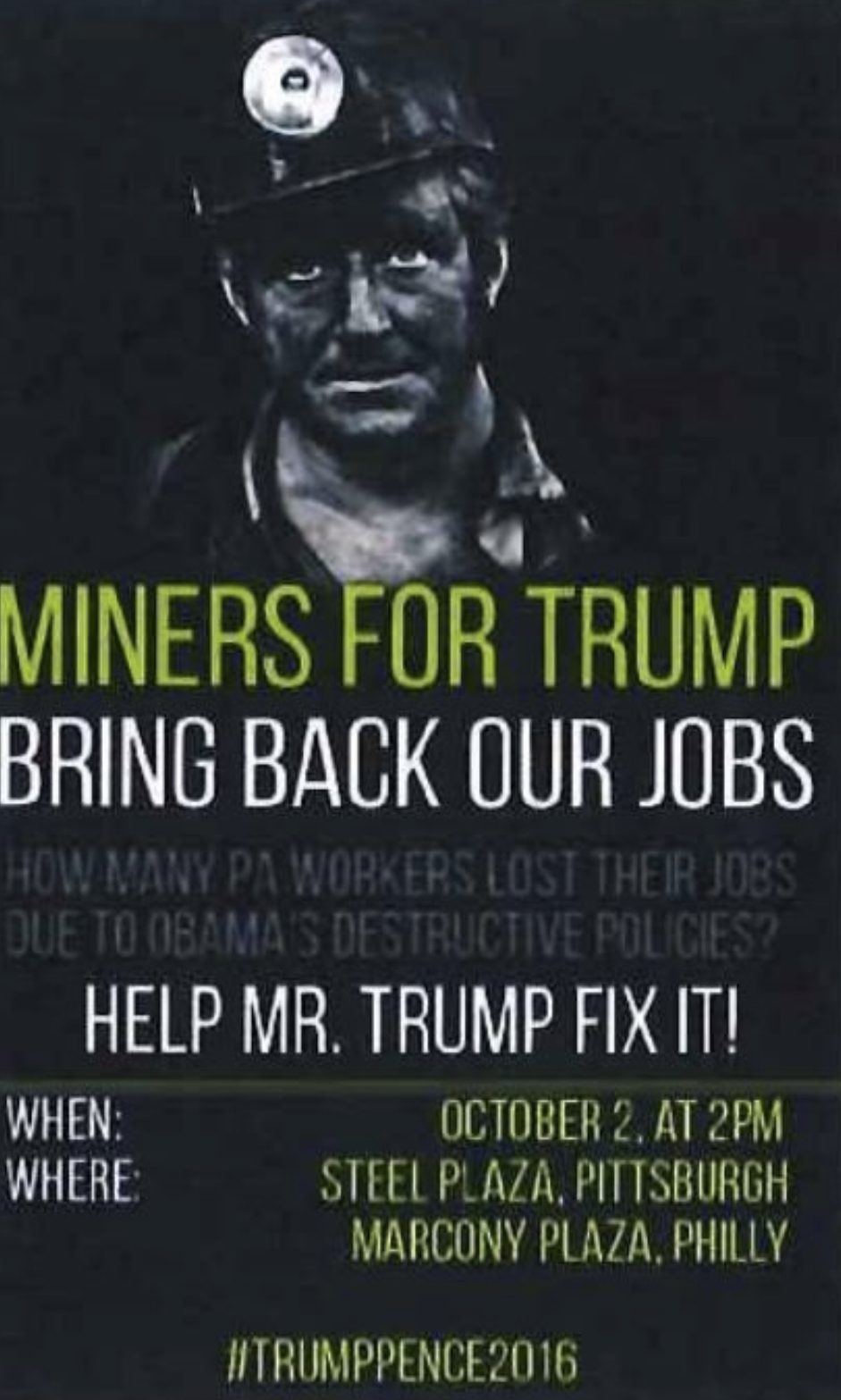 Background Information
When a redacted version of special counsel Robert Mueller's report on Russian interference in the 2016 election was released to the public and Congress on Thursday, the effects of Russian influence efforts through social media became clearer.

Part of the information in the report included examples of material that Russian trolls used, and one particular image stood out to Ronnie Hipshire, a retired coal miner in West Virginia.

On Page 31 of the Mueller report, Hipshire saw a photo of his father, Lee, a coal miner who died of complications from black lung disease, on a poster for a "Miners for Trump" rally in Pennsylvania. The Russian troll farm called the Internet Research Agency had used the photo, without the family's permission, for a pro-Trump poster.
Technique Used
Respond to Audience Needs
This is propaganda because
Russian trolls used propaganda to influence the 2016 election.