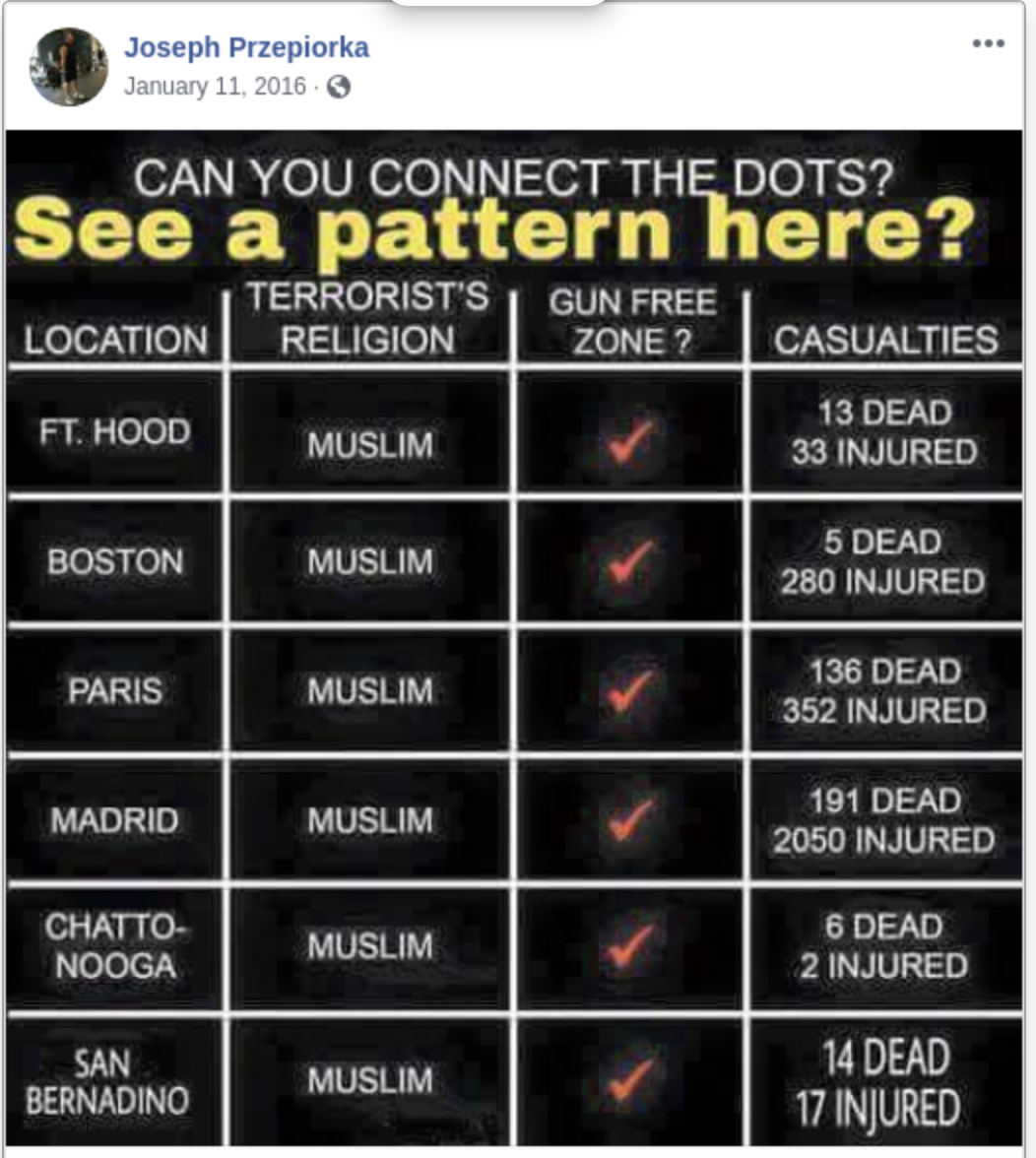 Background Information
In the summer of 2016, a team of attorneys in Philadelphia learned that numerous local police officers had posted content on Facebook that appeared to endorse violence, racism and bigotry. In some of these posts, officers commented that apprehended suspects—often black men— “should be dead” or “should have more lumps on his head.” In other Facebook conversations, officers advocated shooting looters on sight and using cars to run over protestors. Numerous posts deemed Islam “a cult, not a religion” and referred to Muslims as “savages” and “goat-humpers.” And, in still others, officers appeared to joke about beating and raping women.
This discovery inspired the creation of the Plain View Project (PVP), a research project that has identified thousands of Facebook posts and comments by current and former police officers. We believe that these statements could erode civilian trust and confidence in police, and we hope police departments will investigate and address them immediately.
Technique Used
Attack Opponents
This is propaganda because
This is hateful propaganda. Dangerous.