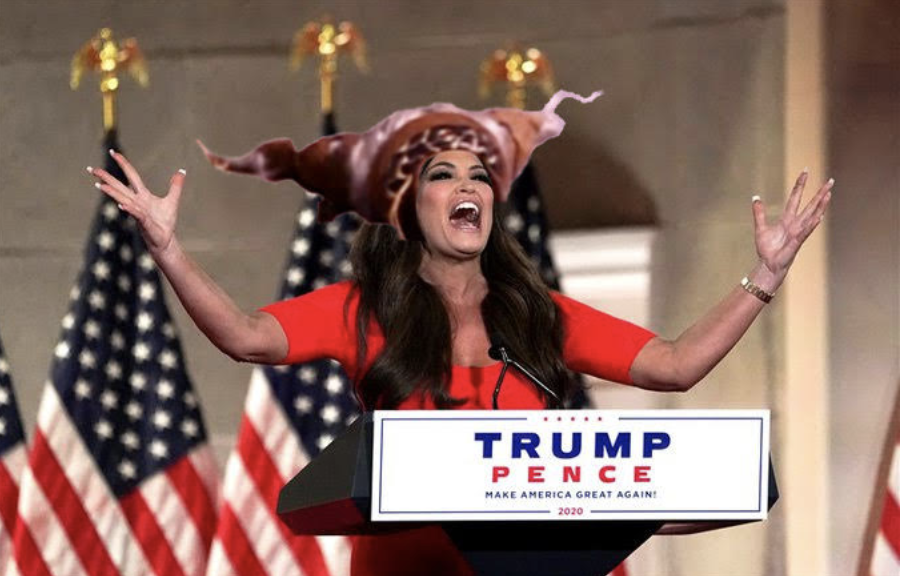 Background Information
This meme features Kimberly Guilfoyle, a top Trump campaign official and the girlfriend of the president’s oldest son. At the Republican National Conference, she said, “They want to enslave you to the weak, dependent, liberal, victim ideology, to the point that you will not recognize this country or yourself.”

Her speech sparked a comparison to a character than many 90s kids may remember: Rita Repulsa. Rita Repulsa is a villain in the “Power Rangers” franchise, and on Tuesday morning, the character’s name was trending on Twitter following Guilfoyle’s speech.
Technique Used
Attack Opponents
This is propaganda because
Rita Repulsa did not spend 10,000 years in a space dumpster just to be publically humiliated like this.
The Power Rangers give her enough shit as it is, give her a break.