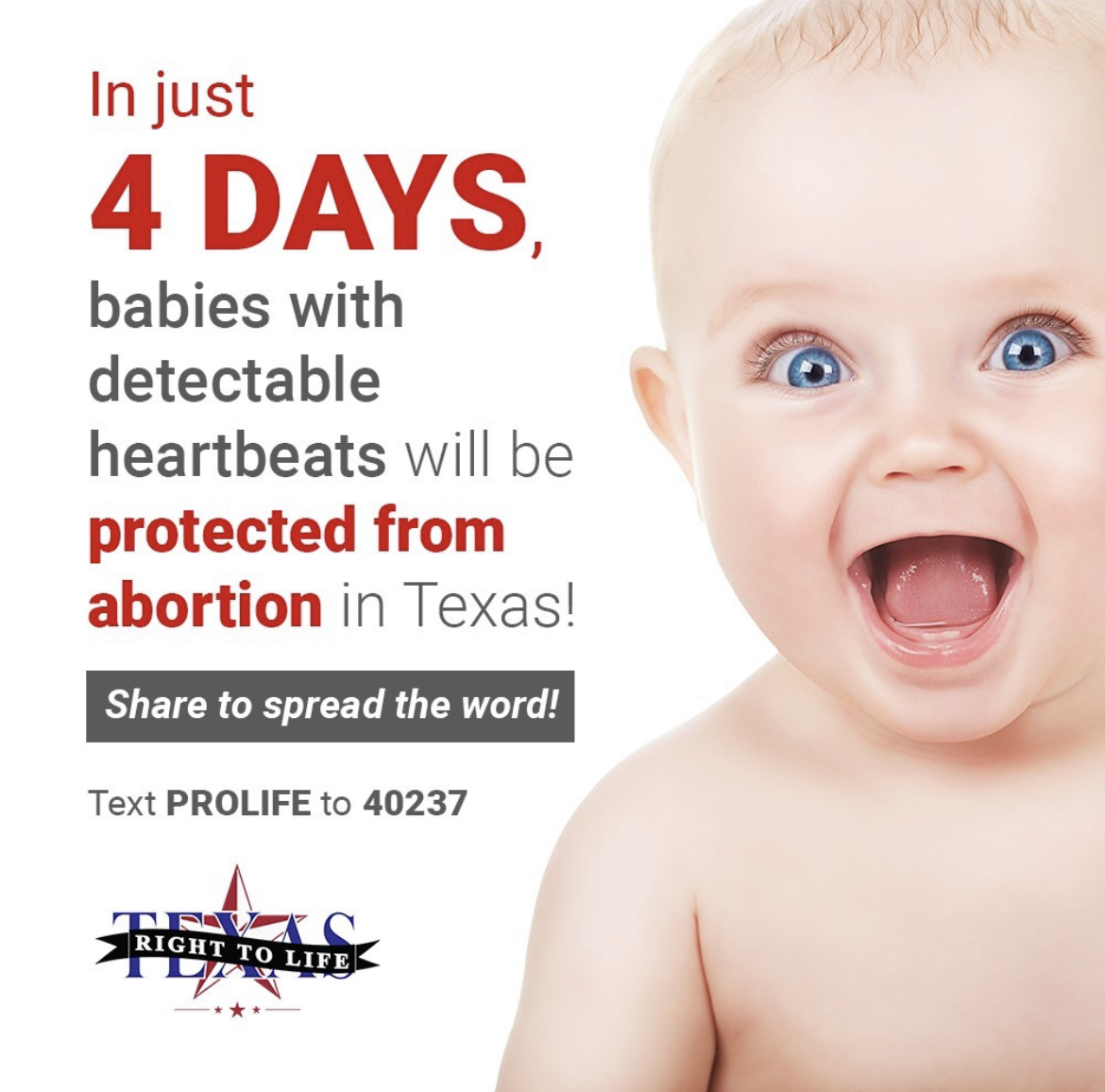 Background Information
The Texas law, known as Senate Bill 8, amounts to a nearly complete ban on abortion in Texas because 85 to 90 percent of procedures in the state happen after the sixth week of pregnancy, according to lawyers for several clinics. On Tuesday night, clinics were scrambling to see patients until the minute the law went into effect, with six-hour waits for procedures in some places. By Wednesday, the patient lists had shrunk, clinic workers said in interviews.

The law is the latest battle over abortion rights in the United States. In recent years, anti-abortion campaigners have found success through laws in state legislatures, and a broad swath of the South and the Midwest now has limited access to abortions.
Technique Used
Simplify Ideas
This is propaganda because
The image of the 6-month old baby creates a visual equation that connects the baby to a 6-week fetus. Encourages viewers to have an emotional identification with the baby.