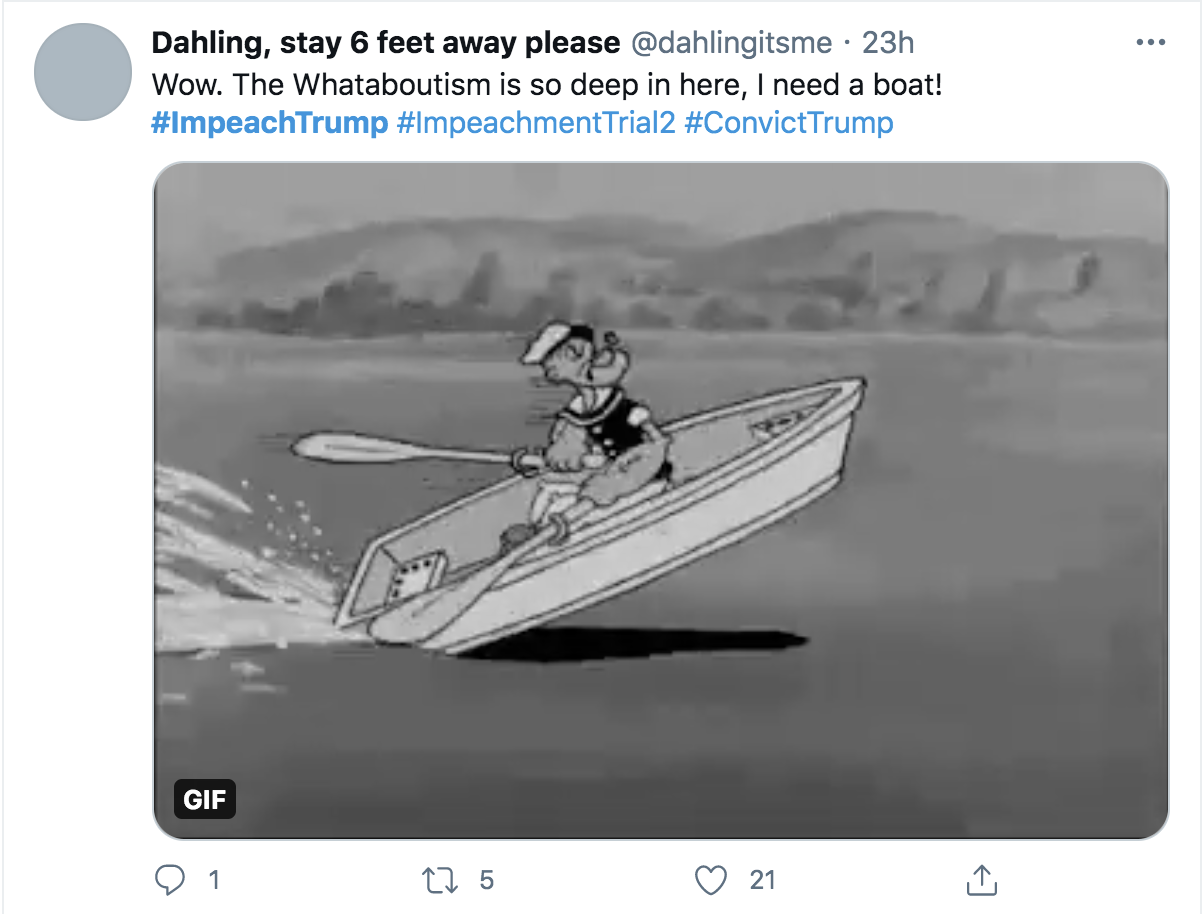 Background Information
Whataboutism is a variant of the tu quoque logical fallacy that attempts to discredit an opponent's position by charging them with hypocrisy without directly refuting or disproving their argument.

Whataboutism is particularly associated with Soviet and Russian propaganda. When criticisms were leveled at the Soviet Union during the Cold War, the Soviet response would often be "What about ..." followed by instancing of an event or situation in the Western world.

According to Russian writer, chess grandmaster and political activist Garry Kasparov, it is a word that was coined to describe the frequent use of a rhetorical diversion by Soviet apologists and dictators, who would counter charges of their oppression, "massacres, gulags, and forced deportations" by invoking American slavery, racism, lynchings, etc.

Whataboutism has been used by other politicians and countries as well.
Technique Used
Simplify Ideas
This is propaganda because
It's a commentary on the type of propaganda that has been used during the 2nd impeachment of former president Donald Trump.