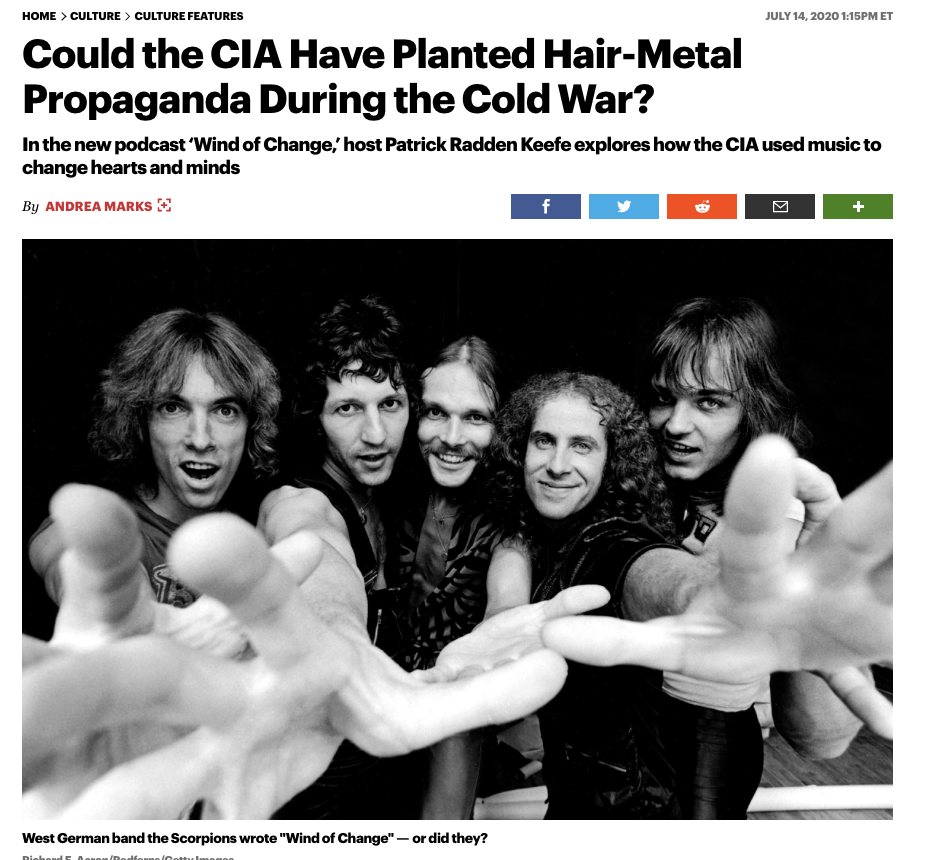 Background Information
What if it turned out your favorite song had been written by the CIA? That’s exactly what a new podcast aims to determine.

In 1990, just after the fall of the Berlin Wall, West German band the Scorpions released their prescient ballad “Wind of Change.” With earnest lyrics about togetherness and the “children of tomorrow,” the song sounds like an anthem to the end of the Cold War. But, according to The New Yorker’s Patrick Radden Keefe, there’s reason to believe the hit ballad could have been a CIA concoction created to aid in the West’s fight against communism.

Technique Used
Activate Emotion
This is propaganda because
Music has been a powerful strategic tool of propagandists throughout history. Of course, it would be used by governments to create and inspire social change.
Source
https://www.rollingstone.com/culture/culture-features/wind-of-change-cia-propaganda-cold-war-podcast-1027873/