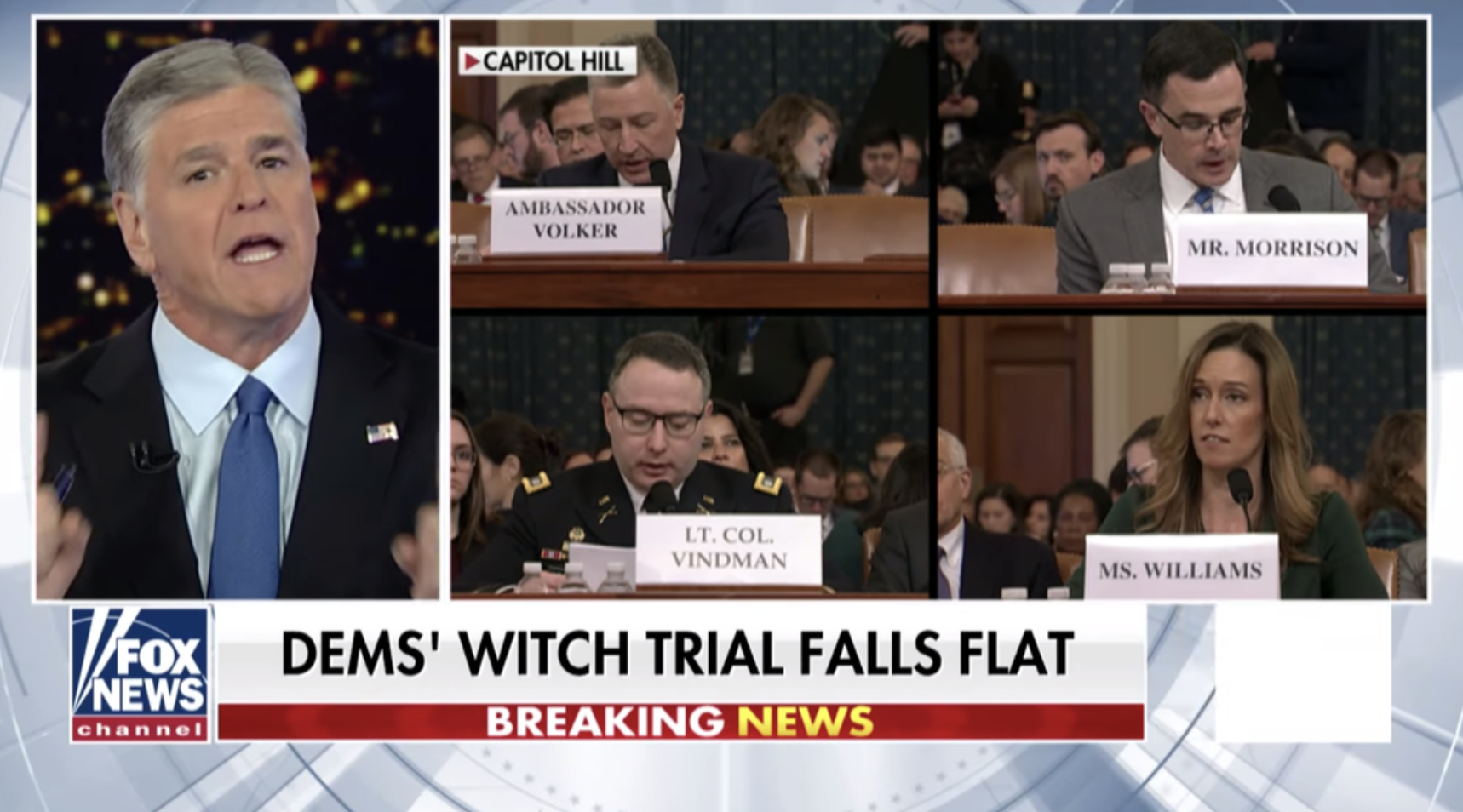 Informacje ogólne
Here’s TrumpWorld’s version of the impeachment narrative: Claims of Russian meddling in the 2016 election were part of a hoax orchestrated by the Democrats to cover up their own collusion with Ukraine to block Trump’s presidential campaign. A 2017 Politico story written by Kenneth Vogel and Ukraine-based reporter David Stern and a series of articles by John Solomon in the Hill earlier this year prove this, Trump’s defenders say. The depositions for the impeachment inquiry were conducted in a basement of the Capitol building “like some kind of strange cult,” in the words of Republican Rep. Devin Nunes, to continue that cover-up.

Every witness who testifies to the contrary, like Lt. Col. Alexander Vindman or Marie Yovanovitch, former US ambassador to Ukraine, is spreading unreliable hearsay. Democrats are playing dirty by hiding the whistleblower.

At every hearing, Nunes, the ranking member of the House Intelligence Committee, and Steve Castor, a lawyer for House Republicans, put witnesses through the same process. They ask the witnesses if it was reasonable for Trump to think that Ukrainians were “out to get him.”

They ask about former DNC contractor Alexandra Chalupa, whom right-wing conspiracy theorists have long connected to claims about Democratic election-meddling. They ask about a black ledger from Trump’s former campaign chair Paul Manafort — a document that reportedly contains evidence of off-the-books payments from former Ukrainian president Viktor Yanukovych’s Party of Regions to Manafort.